When I taught the ukulele group at the recreation center I set up a group page for the strummers to be able to gather, post videos, ask questions and support one another. It was very convenient to be able to post videos there for extra lessons and instruction.  Since I no longer teach that class the facebook group has been just sitting there with no activity. Early this morning  I started to archive it then decided to change the name and make it a quilting and sewing group.  Unlike the ukulele group this one won’t restrict members to being students of mine.  Anyone interested in sewing or quilting who agrees to play nice can take part. The  group settings are “private”  so only the members can post, read what others post and see who’s in the group.  I’m hoping it will grow and become a  useful place for quilters and those interested in sewing.  A place where we can offer help  and be an encouragement to one another. Maybe later I can start posting sewing and quilting videos there.   If you’re interested in joining the group just click on the following link and request to join.  There’s a couple of simple questions you’ll have to answer but it’s just for preventing spam joining.    I’d love to have you join and be a part.

I didn’t get to sew as long as I wanted but I did get the rest of my applique pieces turned and glue basted to the background fabric.

I also made all the stems for the flowers. To make some of them I used a bias tape maker tool but some of them I wanted to be a bit larger.  I have 4 sizes of bias tape tools but I didn’t have one that would make the exact  size of stems I wanted for some of the flowers.   The tools are convenient and I use them all the time now but when I first started sewing I learned to make bias tape using a straight pin so that’s what I did and it worked out fine.  If you don’t know how to do this and would like me to explain it let me know.  It’s really simple. 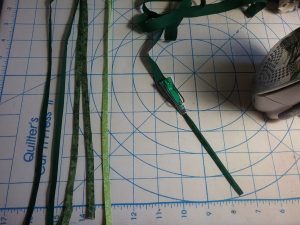 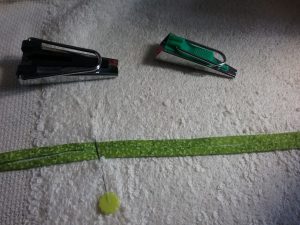 I had originally planned on making a lap quilt with just  9 blocks but I  now want it  larger so   I’ll have to prepare more flower pieces.  I think I’ll make 3 more for a total of 12.

I did get pictures of the 9 that are basted down and ready to sew. Simple shapes make up the flowers. Nothing difficult but very bright and cheery.  I like happy quilts. The flowers will look a lot different once the decorative stitching,  embroidery and free motion quilting is added but here’s what they look like as of now. 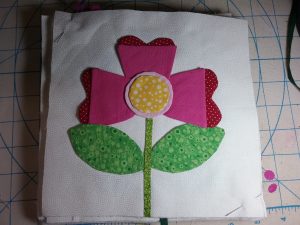 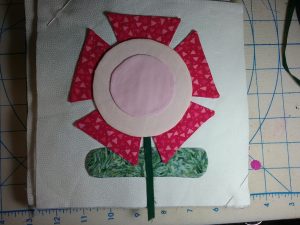 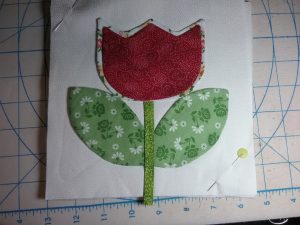 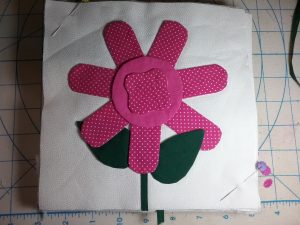 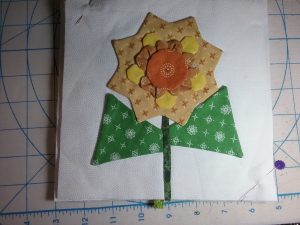 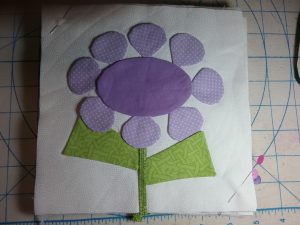 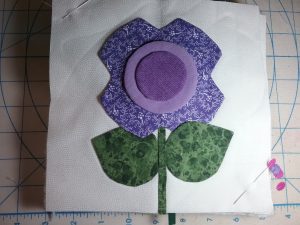 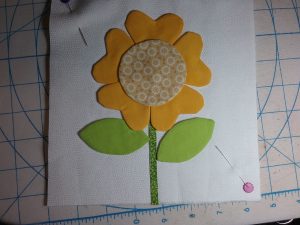 I hope to get  the extra pieces ready and  basted down tomorrow.  I would like to be sewing before the weekend.  I get excited just thinking about the free motion quilting and all the special stitching I have planned for the flowers. 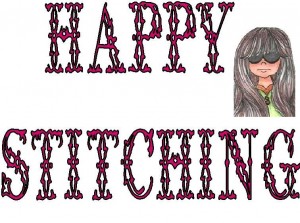