I was having trouble sleeping tonight so  I finished my crocheted Mighty Mouse lap quilt.

A little story about me, Mighty Mouse and pains of growing up:

When I was very little and thought that cartoons were real I’d watch Mighty Mouse every day.  He was stong, kind and always rescued the the girl from the evil man that tried to hurt her.  He was my hero.  I decided that I would marry him when I grew up and we’d live happily ever after.

It wasn’t until I was in 3rd grade that I found out that cartoons weren’t real.  I  won first place in a  writing contest in my school and one of the prizes was getting to appear on the Cinderella Show.  I was so excited. Not because I was going to be on T.V. That didn’t seem important to me because I had already performed, singing and dancing in public so being on T.V. was not a big deal.  BUT, I was excited because I thought that I would get to meet some of my favorite cartoon characters. I didn’t know which ones because there were different ones every week on the Cinderella show.  Meeting any of them in person would be amazing.

Once the cameras were rolling Cinderella explained how I had won the writing contest.  She talked a little with me about my teacher, my school and the contest.  She then had me read my story to those watching. After I was finished she announced to the people watching  that it was time for the first cartoon.  Oh-oh-oh!  I was so excited that I could barely stay seated. I was looking all round, to my right and left but nothing happened.  After a slight pause  the filming went on without any  cartoon people showing up.

What happened?   I was confused and so disappointed. I didn’t understand but no one acted like anything was wrong. I thought if something was wrong    the T.V. people would be upset-right?  Then I thought,  maybe they were just pretending everything was okay because they didn’t want to upset the kids watching.  Maybe something terrible had happened to the cartoons.

It was after everything was over, while on our way home,  that my mom  asked me what was wrong. I told her I was sad and very worried because the cartoons weren’t able to be there.  With tears in my eyes I told her  that I hoped they were okay and that nothing bad had happened to them.  She didn’t say anything for a moment then very gently she explained to me that they weren’t alive. That they just were drawings made to move using  pictures and film. She explained how they would insert the cartoons later when they showed everything on T.V.  I listened in silence and when she asked if I understood and if I was okay I smiled and said yes ma’am I’m fine but…………….inside I was completely devastated.

That day I grew up a little. That night I secretly cried myself to sleep. 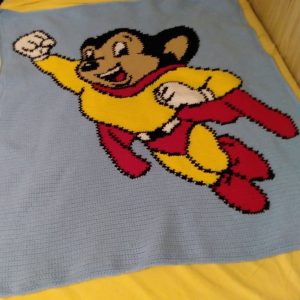 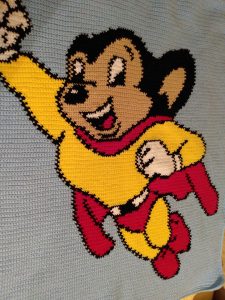 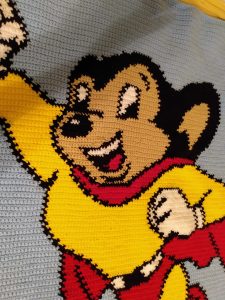